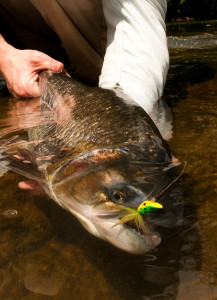 A trophy machaca taken on a conventional fly rod popper.

At Fly Fish in Costa Rica, we love nothing more than to explore a new river, catch a new species, or discover a new technique. This year, we added multiple new machaca rivers to our offerings. These rivers are scattered throughout the country, which means we can usually accomodate the fly angler who, for example, is spending a week on the beach with his or her family in Guanacaste, or the business traveler with a day or a weekend off in San Jose.

Our cork ‘poppers’ are exact imitations of riverside fruit. They plop on the water and the machaca hit them with reckless abandon.

Anyone who has fished with us knows that the machaca (Brycon guatemalensis) is one of our favorite species: A cross between the better known North American shad and South America’s pirahna, these fish feast on poppers, fight hard and jump – a lot. We believe them to be the most under-rated gamefish in the Americas.

Fortunately, Costa Rica’s clean-running rivers, which drain the fertile flanks of the country’s highest volcanoes, provide ideal habitat for machaca. Most of Costa Rica’s rivers run through cloud and rainforests, rife with wildlife and stunning scenery, no matter what the time of year. Overhanging trees provide the machaca, an omnivore that feeds on fruit, flowers, frogs and fish, with abundant forage. We now design our poppers to mimic these riverside fruits — and they are deadly. It’s fast fishing, fun and absolutely unique to Costa Rica. Come learn something new with us! 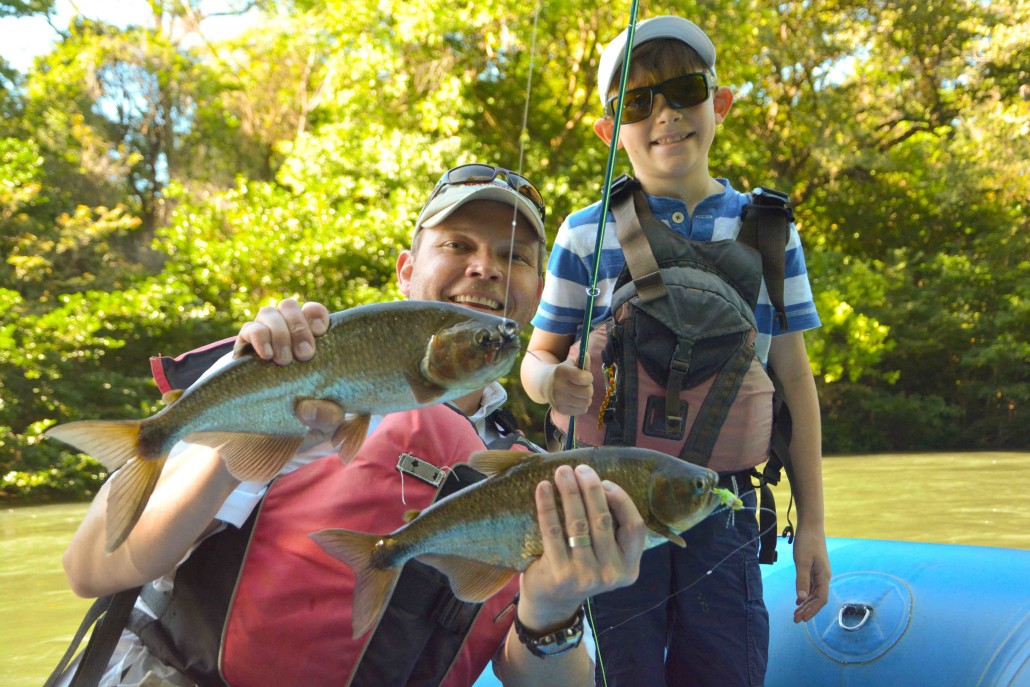 Father and son with a pair of nice fly-caught machaca.